Converge’s U.S. Engagement team works to help your church develop effective missions strategies and opportunities to reach people with the gospel in key areas of the world. We are passionate about helping your church’s missions ministry become more effective and make a greater kingdom impact worldwide as your people develop a heart for missions. Please let us know how we can serve your team. 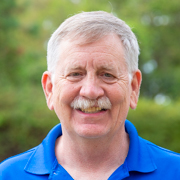 Kevin left a successful career as an officer in the United States Navy to enter full-time ministry. After seminary, he became the founding pastor of Bethany Community Church in Laurel, Maryland. After 32 years of leading the church he loved, Kevin joined the senior leadership team of Converge as the Director of U.S. Engagement. The department that he leads is helping churches across the U.S. focus on the center of the Great Commission bullseye – asking God to launch a gospel movement among the least-reached peoples of the world in our generation. Among the least reached in every land are deaf peoples, who hold a special place in Kevin’s heart. 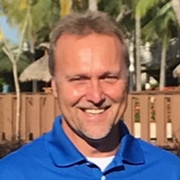 Chuck left a successful career in IT senior management with multiple Fortune 500 companies to enter full-time ministry in the local church. In 2010 he became the Executive Pastor at Mosaic Church of Frederick, Maryland, but also spearheaded a number of community impact initiatives – rallying pastors and churches for Kingdom causes. After 9 years as Executive Pastor at Mosaic, Chuck was invited to join the U.S. Engagement Team at Converge as the Consortia Catalyst. The operation that he will lead will help churches across the U.S. focus on the center of the Great Commission bullseye – asking God to launch a gospel movement among the least reached peoples of the world in our generation, among the least reached in every land.

As part of the U.S. Engagement Team, Jimmy is driven by a strong desire and calling to see more missionaries sent, supported and served by the local church. He wants to help churches understand how they can participate in effective, fruitful cross-cultural missions locally and around the world. In addition, he works to see more missionaries called to serve and to fulfill the International Ministries goal of 20 Converge initiatives fully staffed and funded by 2026. Jimmy has served in pastoral roles in the church since entering ministry in 1999. He enjoyed time in youth ministry, administration, church planting and replanting, but always with a desire to strengthen the cross-cultural ministry of the church. 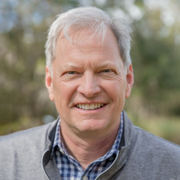 Jerry served as a Converge pastor for 33 years. In 2014, Jerry heard that Converge could plant a church for $333. Needing to see the planting strategy in action, he traveled to India where he saw the great need where people have very little access to the gospel message and met national leaders who gave their all to advance the gospel in their communities. God used that experience to touch his heart deeply, and in January 2016, he became Converge's Director of Church Planting Partnerships. Working closely with The Timothy Initiative, Jerry helps mobilize Converge churches into a fruitful partnership to plant churches in the least-reached regions of the world. Jerry is a church planting practitioner, working with ministry leaders in the Twin Cities area in Minnesota where they are using The Timothy Initiative church planting strategy to create a church planting movement among the immigrant population in the area and beyond. 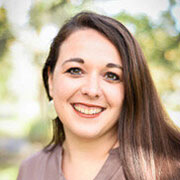 In her travels, Becca has been captured by a story that unfolds every day in developing countries. A story that speaks loudly of the struggles of an unreached and mostly unengaged population. A people group that rarely has been provided with education in their heart language, that seeks out their identity, and that screams for access to communication and belonging. The story of a brave population that does not see barriers, that does not see the lack of resources as an excuse to stop educating themselves and their future generations. This is the story of the roughly 71 million deaf individuals in developing countries where less than 2% have had access to the gospel story. Becca is honored to come alongside Converge churches to catalyze global partnerships that will spur gospel movements among deaf people groups in the U.S. and worldwide. 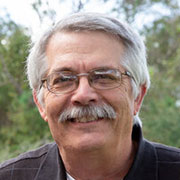 Neil is working with two great organizations to help fulfill the task of reaching the least reached, Converge and Perspectives USA. Perspectives bring in a grassroots approach of awakening the body of Christ to pursue the fulfillment of God’s global purpose within every people for His glory by education in a strategic engagement. Working with Converge International Ministries, Neil will help the local church focus their mission strategy to include an increased missional impact globally through prayer, finances, and missionary encouragement. 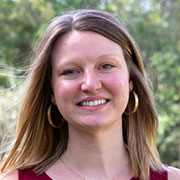 Candace felt called to advocate for the marginalized and voiceless in college where she pursued a degree in social work. After serving with and advocating for immigrants and refugees in Hartford, CT, she felt the need to combine her education and ministry. Working as the Community Connections Coordinator and overseeing Missions & Outreach at her local church in West Hartford, CT, she was awakened to the least-reached around the world and in her backyard. She is honored to serve as a Church Mobilization Associate on the U.S. Engagement Team. Serving in this role, Candace seeks to inform, engage, equip and collaborate with Converge churches to wisely engage in global ministry to help fulfill the vision of a gospel movement among every least-reached people group in our generation. 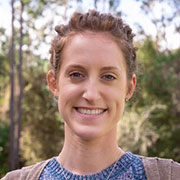 Throughout Anna's educational career and through various intercultural experiences, the Lord has developed within her a skillset to complement my passion for missions. In joining the Converge International Ministries team as a Church Mobilization Associate, Anna will partner with churches to seek out their unique calling within global missions. Her desire is to equip churches as the Lord leads them to their specific intercultural involvement in a responsible and effective way, all for the sake of the lost and the glory of God. 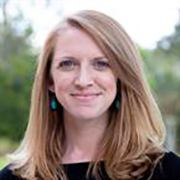 Rachel joined Converge to fuse her work in development with her love for the church. She previously managed individual giving for a Patient Centered Medical Home and grew donor bases for the Lupus Foundation of America, the Epilepsy Foundation, the Data & Marketing Association, Melwood, Mercy Medical Center, and Johns Hopkins University. She has also coordinated engagement strategy for wealth management companies including Schwab, Edward Jones, Merrill Lynch, Nationwide, Wells Fargo and TIAA-CREF.

Get connected with a consortium

Want to connect with other missions-minded churches? Start the conversation today.

Enter email associated with your profile

We're sorry, we were not able to identify you with the information provided. Please try again. If you need further assistance, contact support@converge.org.
Cancel